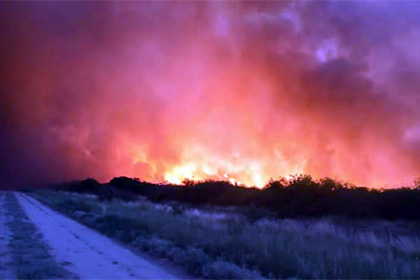 In the Argentine province of La Pampa began a massive forest fire that engulfed the territory of more than one million hectares.

According to representatives of local authorities, speech can go about a real agricultural disaster. Preliminary damage from fires is estimated at 1.3 billion Argentine pesos ($81.7 million). In the fire, in particular, killed 1.5 thousand head of cattle.