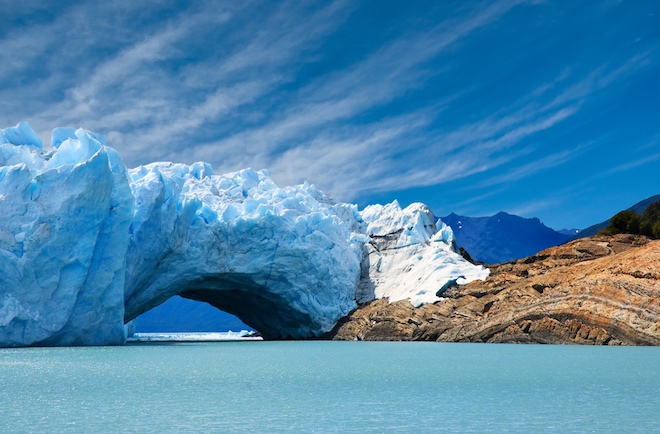 The ice bridge, which was part of a glacier on the edge of Argentina, fell on a deep night, frustrating the plans of thousands of tourists who hoped to see the phenomenon with their own eyes.

An arch of natural origin in the Los Glaciares National Park in the Patagonia region collapsed on the night of Sunday to Monday during a storm when the park was closed, the administration of the reserved area said on Monday.

The arch forms regularly in the glacier Perito Moreno, when streams of water destroy the ice. In 2004, the ice bridge collapsed after standing for 16 years. Since then, the destruction of the arch began to occur almost every four years. “It’s always spectacular. The fact is that this time more water accumulated than in the previous three or four times, “- said Luciano Bernacci, director of the ice museum” Glaciarium. ”

The glacier in Patagonia is a UNESCO World Heritage Site.