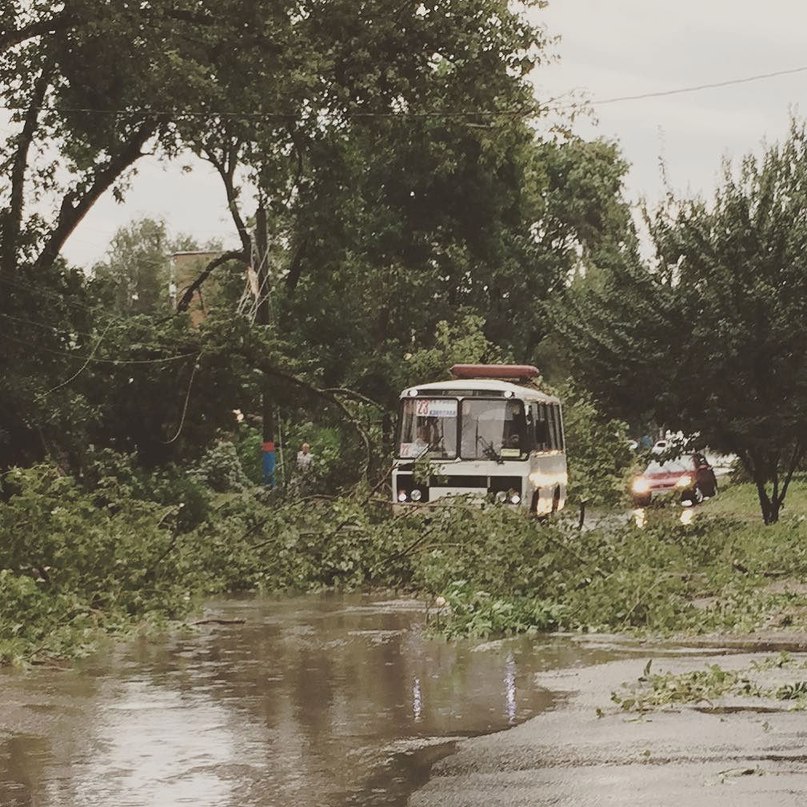 In Armavir in the Krasnodar region, on Thursday, heavy rain and wind de-energize most of the city, knocked down trees, damaged the roof on the recreation center, the five private homes and the city Museum reported in a press-service GUMCHS in the region.

At 16.10 (GMT) 11 Aug 2016 operational duty EDDS MO Armavir city received information that the result CNMA (rain and strong winds of a local character) in Armavir fallen trees, damaged power lines, damaged the roof of the Palace of culture of Armavir, five private homes and the city Museum, – stated in the message.

According to preliminary data, no victims. As noted in the office, the scene works operative group, Armavir, GPO 1-OFPS EMERCOM of Russia in Krasnodar region. In the aftermath of the incident involved 208 people and 55 vehicles.