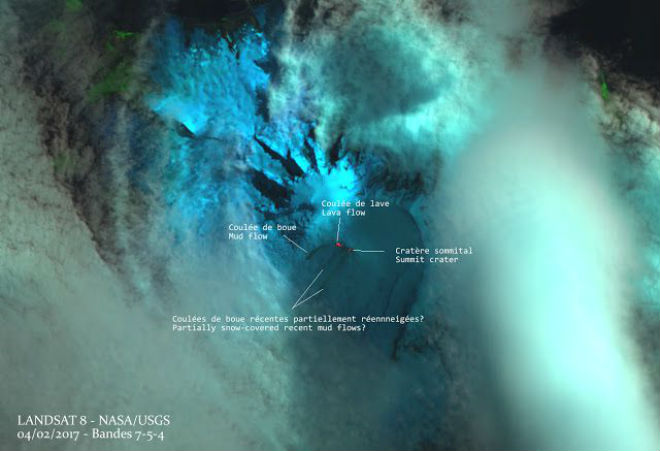 A new explosive eruption strombolian type was discovered on top of a remote active volcano in the southern Indian ocean.

At the end of January 2017 weak explosions from the summit crater began to provoke light palapeli that darkened the snow-covered slopes on satellite images. 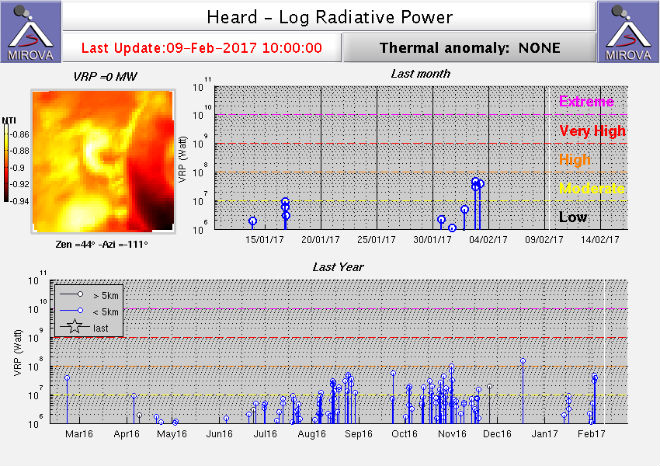 Since the beginning of February, the volcano’s activity increased and became effusive. The new lava flow broke out on the upper North-Western slope of the Mawson, as seen on the satellite image of 4 February.

Perhaps, the current activity is actually a continuation of the eruptive phase of the volcano, which occurred in October-November last year.