In Australia, in the courtyard formed a sinkhole 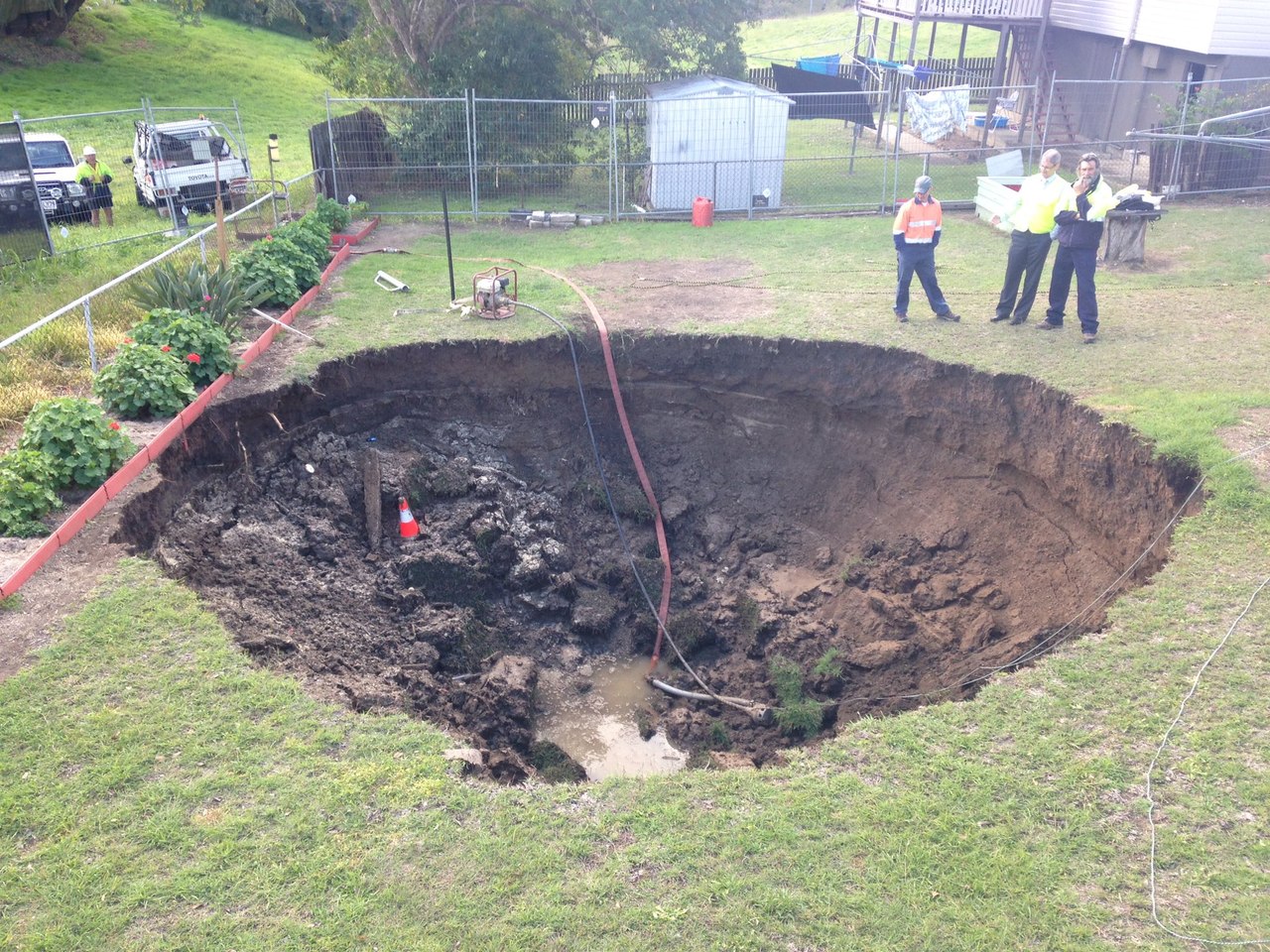 Large crater formed from the Aussies in the backyard. The funnel is filled with water appeared in the back yard of a house in the Australian city of Ispwich in Queensland. Here lives the couple, both retired.

First, the vortex was small. Then began to increase.

[Ray McKay, the owner of the house]:
“We get up late, as we retired. At 9am I heard a knock at the door it was a neighbor who watered your tomatoes. He said I Have good news and bad news.

[Paul Pisasale, the mayor of Ipswich]:
The good news is he had a pool.

[Ray McKay, the owner of the house]:
Yes. I went out and saw a hole in the ground. It was small, a meter in diameter. It was 9 am. Then she increased.

Crater “swallowed” part of the yard and now is about eight meters in diameter.

[Lynn McKay, the owner of the house]:
It’s hard to explain: funnel in the back yard… We watched her together with neighbors, and it became more and more, and more. When will she stop?

It is unknown what could be the cause of her education. The mayor suggested that this may be an abandoned mine.

[Paul Pisasale, the mayor of Ipswich]:
Here are not the Sewerage system. There is an old mine. We learned that many years ago there was a mine. We caught up with the mining office, they would send a team here.

This crater in recent decades increasingly in the cities. Scientists still can not find this clear explanation. According to one version, their appearance is due to soil erosion.