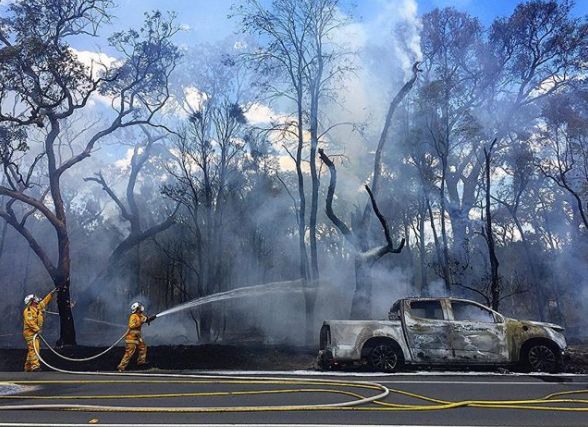 Forest fires in Australia destroyed several buildings on Saturday, January 6. Also, because of the fire, about 400 houses lost their electricity. The fire was out of control near Melbourne, the country’s largest city.

According to the authorities, the spread of fire became possible due to a combination of factors: high air temperature, arid weather, strong winds that dramatically changed direction.

The weather in the region is hot. According to ABC News, in Victoria the air warmed up to 40 degrees Celsius. The heat was so strong that somehow the asphalt melted.

Warnings about forest fires are sent throughout the region. Residents are advised to be cautious.