In Australian Queensland, a part of the popular beach went under water 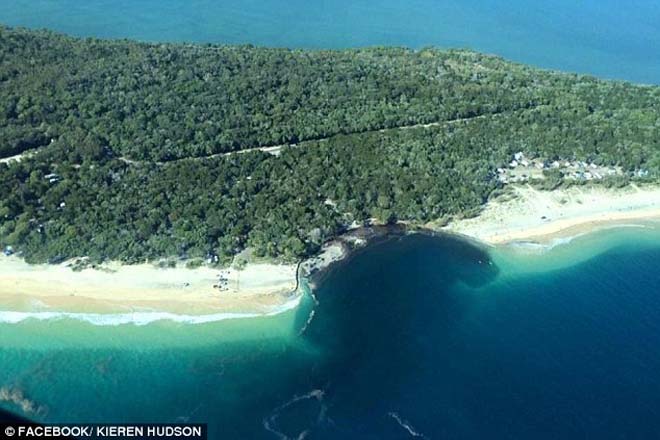 On the Peninsula of Inquip Point, the Australian state of Queensland, immersed in the sea a huge piece of popular beach holiday.

According to eyewitnesses, people were already sunbathing on this spot on Sunday, and on Monday morning part of the picturesque beach disappeared under water. The depth of the dip reaches about 7.5 m. Local residents fear that this is only the beginning of erosion and soon the beach will disappear altogether.

The failure on the beach of Inskip Point appeared for the second time in three years. In 2015, a similar failure absorbed several vehicles.

Experts suggest that the erosion was probably caused by the washing of the coastline by tidal currents and waves.