In Bali, the eruption of the volcano Agung 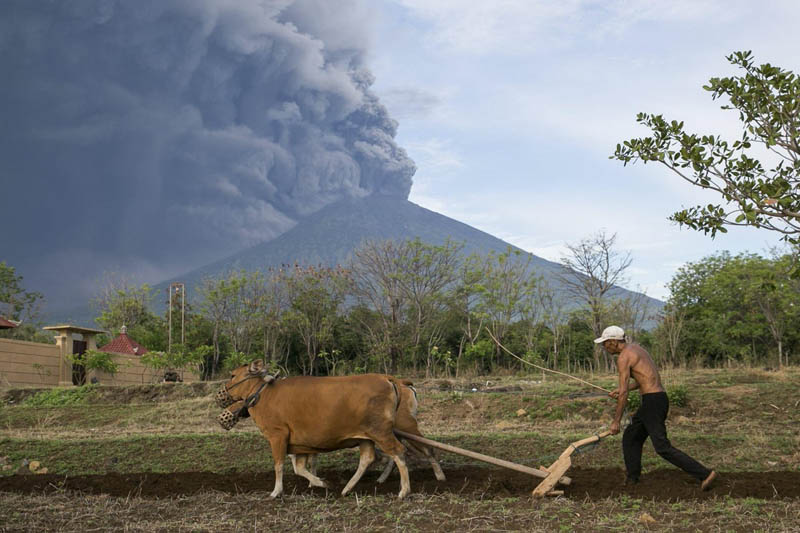 The eruption on the Agung volcano began in the eastern part of the island of Bali yesterday afternoon and continues at the moment. The volcano has been given a red danger code for aviation, and dozens of flights have been canceled at airports in the islands of Bali and Lombok. Ashes rises to a height of 8 kilometers above sea level with a height of 3142 meters of the volcano.

The authorities of the island began to distribute respiratory protective equipment among the population. At a distance of 7.5 kilometers from the volcano, a “closed zone” is introduced, people are evacuated from it. According to the authorities, the island lost at least 110 million euros in the tourism industry, which is associated with the activity of the volcano.

Experts expect a possible increase in activity and magmatic eruption.
The last eruption that occurred in 1963-1964 was destructive and was accompanied by the ejection of pyroclastic flows and Lahars.