In Bashkiria the storm damaged 40 buildings 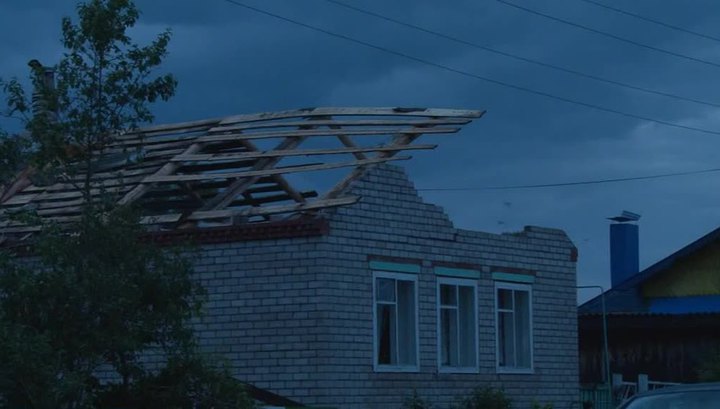 In Bashkiria count the damage from the hurricane that struck on the eve of one of the districts of the Republic. Wind storm damaged 40 buildings, including an orphanage. Pupils weren’t there, now they are resting in the summer camp. In the country set up operational headquarters. Workers repairing the roof and power lines.

Stepping on the broken pieces of the roof, Insile Galimshin tells how a hurricane went through her house. The wind was so strong that he stood not even brick walls. The elements raged suddenly, and people managed to escape just seconds before the start of the destruction.

When the wind picked up, the family Grinsing was in the garden. People decided to wait out the storm in the house, which is only a few metres away. However, the cost to reach the porch and go inside, as the hurricane demolished the whole building along with the roof. People miraculously survived.

Night the villagers had no light. Quickly restore the torn transmission lines failed. Despite the serious destruction, people did not want to leave their homes. Just was damaged about 40 buildings, among them an orphanage. Pieces of his roof were scattered over tens of meters, because the wind speed reached 25 meters per second.

Children inside were not: they rest in the summer camp, says RADIS Vakhitov, the Director of the orphanage. The district introduced the mode of increased readiness.

According to the emergency Ministry, the dead and injured there. Set up operational headquarters for elimination of consequences of hurricane. To leave without the help of the owners of the damaged houses, the authorities do not intend to. Damage assessment is handled by a special Commission.

The destroyed building has been examined by the representatives of the Ministry of housing of Republic. Major rehabilitation work is scheduled to begin in the near future. The repair of the orphanage already has estimated in 350 thousand roubles.