In Belarus, the Western Dvina River left the banks 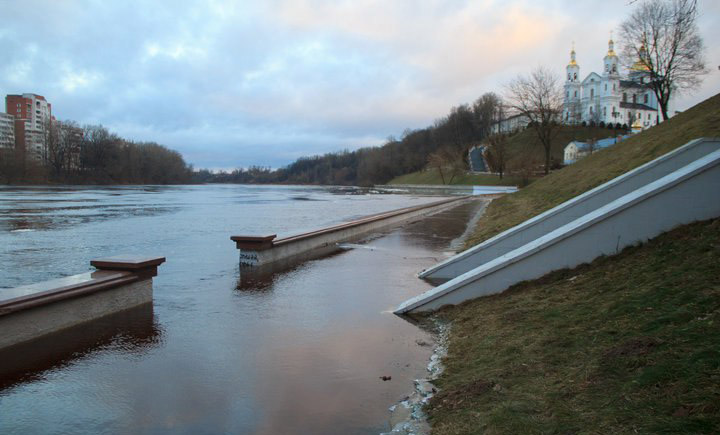 In the center of Vitebsk, one can observe an unusual picture for January: the Western Dvina left the banks and flooded the embankment. Flooding occurred just on Christmas Day. Hydrologists explain the winter flood of the river thaw, which was observed recently, and a large amount of precipitation.

The water level in the Western Dvina in the city of Vitebsk on January 7 was 529 centimeters above the level of the water gauge station. As a rule, such a river happens during the high water in the spring. In December, 89 mm of precipitation fell in Vitebsk – this is a 1.5 month norm.

As of January 8, an increase in the water level with an intensity of 1-19 cm per day is observed throughout the Dnieper, Berezina, Sozh and Pripyat, as well as in parts of the Western Dvina and Neman. In the coming days, the rise in water level on most rivers will continue, its intensity will decrease. The water temperature in the rivers and reservoirs will decrease, and the ice formation processes will resume.

Recently, very warm weather prevailed in Vitebsk with an average daily air temperature of 5-9 ° C above the climatic norm. Such a temperature background is typical for late March – early April.