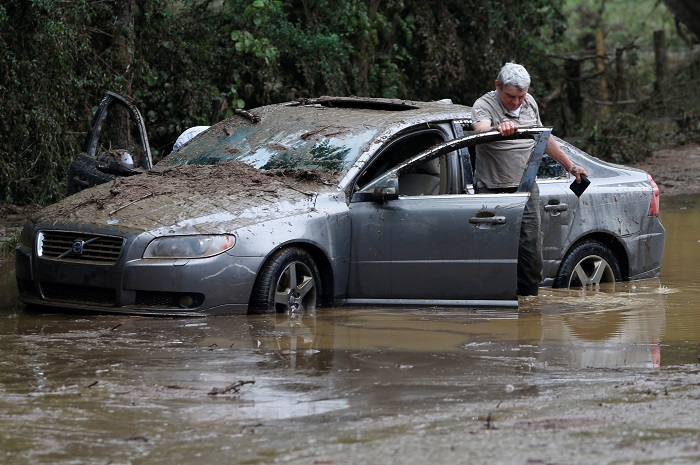 Thunderstorms and torrential rains on Saturday night caused considerable damage in the Belgian provinces of Flemish Brabant and Walloon Brabant. In some localities, local authorities have announced plans for emergencies.

According to the Royal Institute of meteorology (IRM), thunderstorms, sometimes very intense, unable that night to break in the center, but especially in the East of the country. It is expected that the element will cover the region of Brussels and the two Brabant. Meteorologists admit that thunderstorms, hail and downpours will cause more damage in addition to filled with water on Saturday evening settlements in the Flemish and Walloon BOS (Petit brabanson.

In the municipality of Walloon Brabant Adoni fire on Saturday went on 150 challenges in connection with the flooding of houses. To help them in the communes, Ramie, Or-Joch and Adoni involved money and staff firefighters barracks Tubize, Nivelles, Bren-l Ale and Wavre.

An emergency plan was put into action on Saturday evening in the communes of Linter and Kortenaken, in Flemish Brabant. There are flooded streets, houses and cellars. According to local authorities, the water level reaches 1 meter.

“Almost half of the communes flooded with water” – quoted the mayor of Kortenaken Patrick Vandyke Belgian media. He said that only from his commune firefighters received 200 calls. The mayor was forced to mobilize all utility workers, including those who are on leave. At the same time had to get the service of civil protection.

Local representation, the IRM has registered a loss of up to 80 l of water per 1 sq. m in a very short time.