In Bolivia, the ongoing severe drought 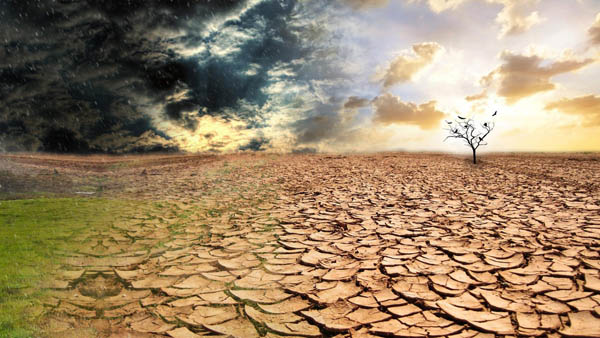 Bolivian people of Uru lost the environment because of the drought. The people of Uru historically lived in Alpine areas in the West of Bolivia. Villages were built on the shores of lake Poopó and the floating reed Islands. However, climate change has led to the fact that the second largest lake of the country is dry. Now these Indian tribes who lived by fishing, are compelled to leave the land of their ancestors.

In 2012, there lived 636 representatives of Uru. Now there are 143, mostly women, children and the elderly. Most of the men were forced to go to work.
[Gregoria Flores, a resident of the village]:

“Men went away. We care about children here. There is no work, that’s why they went so far as to work. And the women stay here alone.”

The drought has also led to extinction of many animals. Previously, the lack of fish it was possible to partially fill hunting. But now it’s impossible.

[Daniel Mauricio, a resident of the village]:

“We lived by hunting, fishing and gathering. The food we were served fish. But it isn’t now, the lake has completely dried up”.

The situation is aggravated by the extraction of natural resources, which are in the region the last few decades. She was infected the groundwater. The water in the wells became undrinkable.

[Daniel Mauricio, a resident of the village]:

“Lake Poopó – salt source. In 1977 we produced here salt. Then brought her to the city of Oruro for sale. But now tests show that salt infected”.

For students who graduate from the local school, joy is very soon replaced by the feeling of uncertainty. Before them a difficult choice: to stay in his native village and try to arrange his life here or to go to nearby cities in search of work.

In Bolivia continues strongest over 25 years of drought. Approximately half of the country suffers from a shortage of water. In addition, continue to melt glaciers in the Andes. With the 70-ies of the last century their area has decreased by almost half.