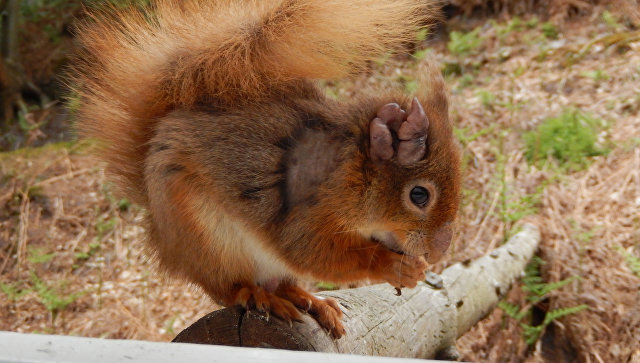 Biologists accidentally discovered that ordinary whites in Britain are carriers of the strain pocaznoi coli that caused the epidemic of this dangerous disease in medieval Europe.

No need to panic. Autochthonous leprosy were not recorded in the UK for several decades. On the other hand, we cannot exclude the possibility of extremely rare local cases of infection of this disease, which does not know the doctors or who were incorrectly diagnosed. You just need to conduct surveillance in the framework of the program of fight against leprosy, which holds the UN — said Andrej Beniak from the Higher Polytechnic school of Switzerland in Lausanne.

Records indicate that leprosy was widespread in Europe in the first half of the Middle ages. In particular, suffered from it about a quarter of the inhabitants of Scandinavia in the late 13th century. Rumors of high infectiousness and incurability of leprosy were forced residents of large cities to evict her media in a leper colony. By the late 16th century, the epidemic came to naught, for reasons that remained unknown.

Source of this epidemic, as shown by recent excavations to the East of the UK, could serve as the first tribes of the Anglo-Saxons who migrated to England from Scandinavia in the early middle Ages. Along with their culture they could bring in a greater Europe disputes and sticks Hansen (Mycobacterium leprae), the causative agent of leprosy, has become more aggressive and contagious during the more comfortable conditions.

It tells Beniak, scientists previously believed that leprosy had disappeared in the late middle Ages, and the reasons remained unknown. Studying some unusual cases, the loss of protein in some regions of Scotland, Ireland and England, British and Swiss scientists have discovered that in fact the medieval leprosy has not disappeared.

Having collected several carcasses of squirrels and caught a few infected individuals, the researchers were surprised to find that they had been infected by two highly atypical for these rodents microbial Bacillus Hansen and its close relative Mycobacterium lepromatosis, which today is found among people only on the territory of Latin America.

Genetic analysis was even more surprised biologists – has been that some of these squirrels were infected and died from the same strain pocaznoi sticks, traces of which were found in the graves of Anglo-Saxons and their descendants in the East of England. Thus, we can say that the causative agent of leprosy that killed hundreds of thousands of people in Europe 600-700 years ago, continues to thrive despite all human attempts to destroy it.

We did not expect that through the centuries after leprosy disappeared among men, this same bacteria will cause a disease common among squirrels in the UK. We have never met anything like this — adds Stewart Cole, a colleague of Benaka.

It is not clear whether the spread of leprosy among the British only protein, or it may exist in the populations of these rodents in continental Europe. The researchers plan to investigate whether this is so, studying squirrels living in the forests of Switzerland.