In California, 50% of beaches will disappear 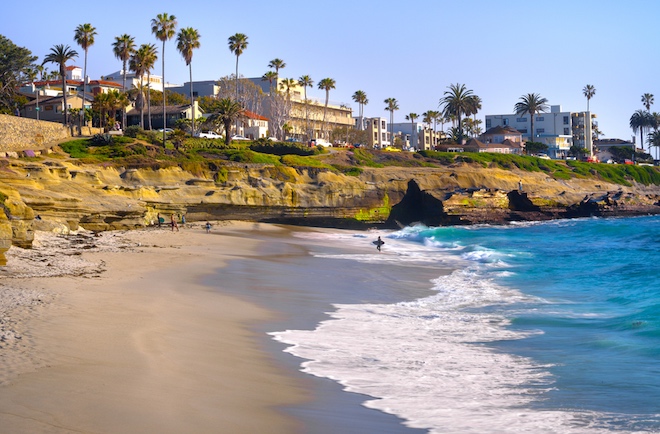 Because of climate change, the level of the ocean off the coast of California will grow 30-40 times faster than in the last century, according to a study by American scientists. The rate of rise of ocean waters can exceed 50 mm per year.

The reason for the rapid acceleration is emissions of greenhouse gases into the atmosphere and subsequent climate change. Glaciers, heated by high temperatures, will melt faster, and the ocean, fueled by thawed waters, will attack Californian beaches. If the amount of emissions is not reduced by 2050, the result will be the flooding of 5,400 km of the coastline of California, the researchers are sure.

The ocean can absorb two international airports – in San Francisco and Oakland, – 67% of beaches, bridges and coastal roads from Mendocino district to San Diego. The water will cover the roofs of 42,000 residential buildings. Flooding the coastline is a huge risk to the economy of California. Most of the state’s most important infrastructure facilities – power stations, resorts, nuclear waste disposal sites – are located along the coast.

California is one of the states that most strongly feel the effects of the rise of the ocean. Storms are accompanied by large-scale floods, ordinary tides end in floods, the shoreline collapses.
Not only California can suffer from flooding.

The offensive of the ocean is dangerous for New York, Florida and other coastal regions of the United States.

It is possible to see that the problem of melting glaciers is not an invention, but a frightening reality, on satellite images of Greenland. Scientists claim that the ice shield of the island so quickly disappeared only tens of thousands of years ago. According to climatologists, by January 2017, the volume of ice at the poles had dropped to a record low level. At the same time, the world average temperature reached the third highest indicator in the entire history of observations.