In California after earthquakes, giant cracks appeared in the ground 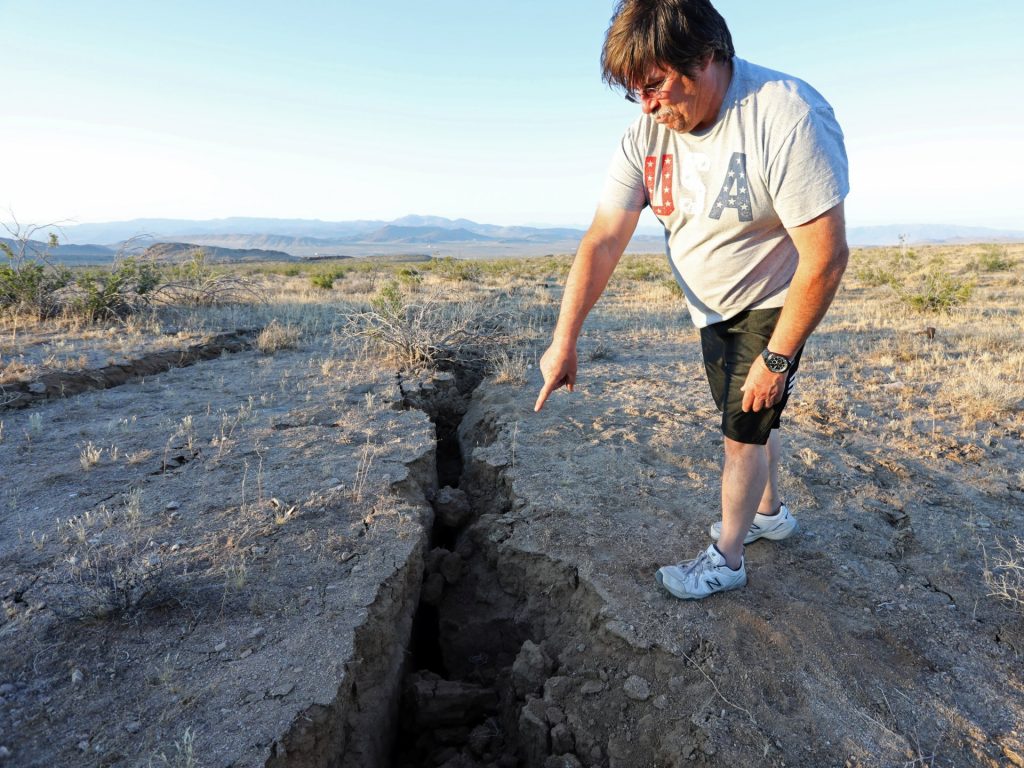 Giant cracks in the ground appeared in the Mojave Desert, near the epicenters of the last two powerful earthquakes in California.

Several cracks formed faults in the Mojave Desert in Southern California after two large earthquakes of magnitude M6.4 and M7.1.

On July 4, people from Los Angeles to Las Vegas felt the earth tremble. Books fell from the library shelves, trees crumbled, cracks pierced the walls of buildings and asphalt highways.

An earthquake of magnitude 6.4 was the epicenter in the California city of Ridzhkrest, about 175 miles northeast of Long Beach.

Then an earthquake of magnitude 7.1, with an epicenter approximately 11 miles north of Ridgecrest, shook the city of Kern County and the nearby small town in San Bernardino District.

Check out this fissure near the site of last night's magnitude 7.1 earthquake outside Ridgecrest. Sky5 was overhead late this morning. Full coverage at https://t.co/UH88UcfZm0 pic.twitter.com/ykTfKCr3Ao