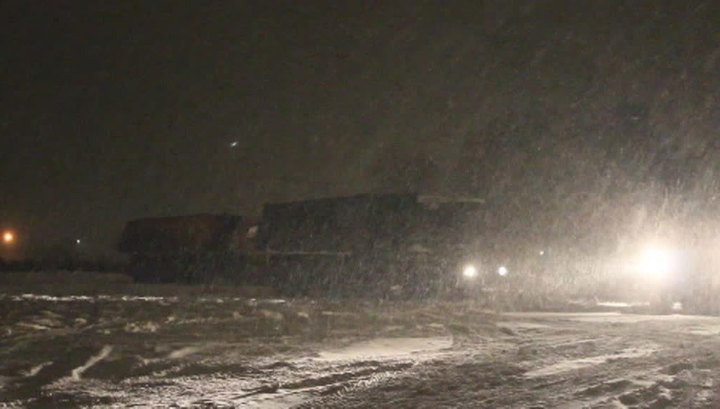 More than six dozen drivers rescued by volunteers and police from the snow captivity on one of the highways in the Central canadian province of Manitoba. Motorists stuck on the highway due to heavy snowstorms, and only assistance came to the rescue on snowmobiles, saved many of their lives.

Now all the saved are safe in heated rooms, they provided a hot meal. Due to the bad weather in Manitoba is completely closed traffic on all regional land TRANS-Canada highway and three highways in the province.

According to the National weather Bureau, in Manitoba can drop up to 60 inches of snow, and the wind speed reaches 120 kilometers per hour (33 meters per second). Visibility on the roads is almost zero.

On the eve in the province were closed many schools. Reports on the mass breakages of transmission lines.