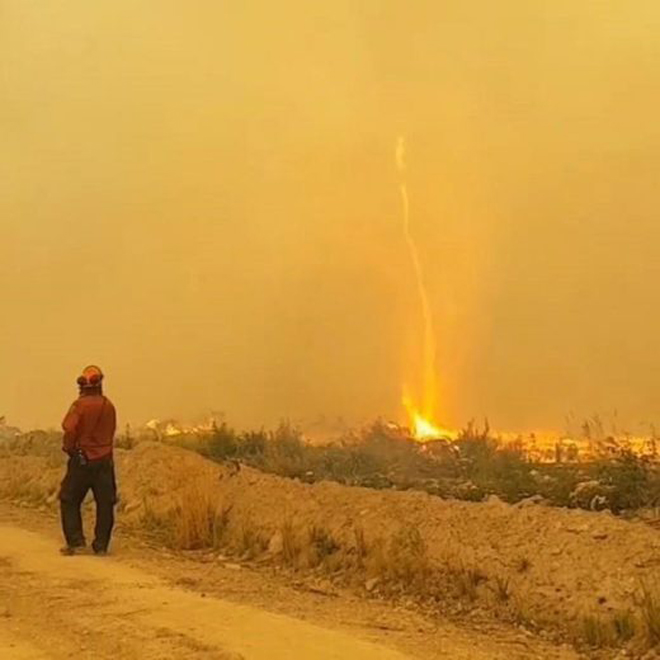 During a wildfire in the Vanderhoof municipality of the Canadian province of British Columbia, a fiery whirlwind formed.

One of the firefighters managed to capture a riot of elements on the video. As the shots show, a strong wind near the fiery vortex sucked the fire hose and lifted it into the air to a height of about 30 meters.

According to eyewitnesses, the height of the fire tornado reached 60 meters.

A fiery whirlwind is formed when isolated foci of fires are combined into one. Then, above the flame, air is heated, its density decreases, and it rises. Due to the arrival of cold air masses from the periphery, the fire reaches a hurricane speed.