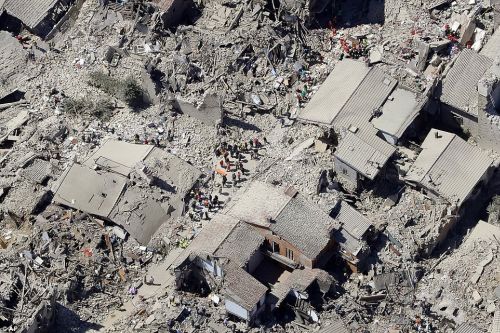 Seismic activity continues in Central Italy with the total number of blows of underground elements, which has exceeded 47 thousand from August 24, 2016

As of January 19, according to the INGV, occurred at about 960 quakes of magnitudes 3 to 4, 57 of them — a magnitude of 4 to 5. Magnitude nine underground disasters amounted to or exceeded a value of 5.

Recall, 24 August 2016 in Italy, a devastating earthquake, which killed about 300 people and destroyed thousands of homes. The most seriously injured of the city of Amatrice and Pescara del Tronto.