In Central Russia comes after the disaster 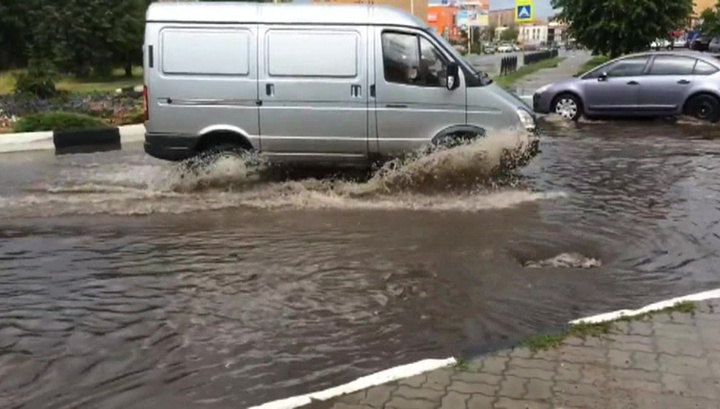 Several Russian regions recovering from natural disaster. Residents of Dubna, near Moscow, have seen a real tropical downpour that did not stop more than 40 minutes. He was accompanied by a severe thunderstorm. In the end, the streets turned into rushing rivers, the rain just did not have time to go down the drain.

Over Ivanovo night played out real light Symphony — lightning blazed almost every second. And in Tver one of those bolts of lightning struck directly in support of line, this moment caught on camera of the DVR.

Bryansk rescuers had to eliminate consequences of the hurricane. Wires were dangling as a result of strong wind. The disaster has affected almost 20 thousand people. Despite the disaster, social institutions were not injured, in the hospitals immediately after disconnecting automatically start the backup power. Currently, the electricity settlements has been restored.

In Moscow today, acting again the penultimate — orange — the level of weather danger. The reason — expected rains, thunderstorms, hail and gusty winds. In the morning the rain has already passed in some areas of the capital. However, bad weather in addition to the associated discomfort and fear has brought some positive effect: the air temperature in the city dropped nearly 10 degrees, and after a long almost 30 degrees out there now is quite comfortable + 20 degrees. However, according to forecasts not for long, soon the thermometer again go up.