In central Russia, due to anomalous heat, parsley grew 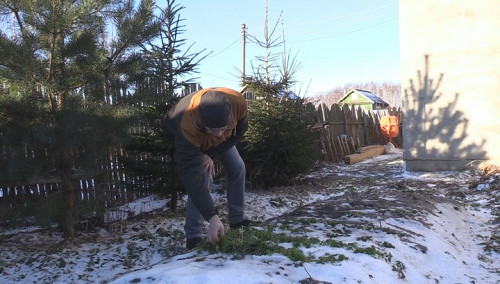 In the garden in Dubna, parsley grew unexpectedly. And on the hidden ground.

He was surprised. I looked out the window, and there the parsley grows. Fresh and fresh. Wife says quickly tear, and into the salad. A little more and the soup was enough. It’s delicious. Yes, it’s so strong, it was not like this in the summer. Here is a New Year’s fairy tale – says Dmitry Merkulov, a resident of Dubna.

Because of the abnormally warm weather in the Moscow region, not only the greens in the gardens grow. So, in the forests of the region in the New Year’s holidays appeared honey agarics.

Dubna is a science city in the north of the Moscow region (121 km from Moscow), the largest in Russia center for research in nuclear physics.

The city is located on the Volga River, bounded by the rivers Dubna and Sestra, the Moscow Canal and the Ivankovsky Reservoir.