In Chechnya, the rock fell on the highway 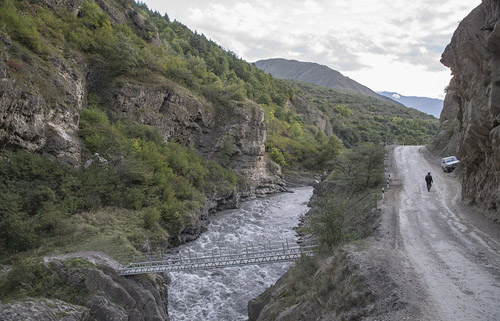 In Chechnya, the rock fell on the highway between the villages of Shatoi and Vashendaroy. According to the press service of EMERCOM in the Czech Republic, almost 16 thousand inhabitants of two districts of the Republic were left without roads.

The cause of the collapse of the breed became waterlogged soil after heavy rains. Without awesoomee only 27 settlements of the Itum-Kale and Shatoi districts of the Chechen Republic.

The message about the collapse of rock in the area length of 50 meters arrived in control Centre in crisis situations of EMERCOM of Russia on CHR 21 Jun at 22:58 Moscow time.

As a result, emergency no one was injured, traffic jams on the roads of the Republic are observed. Drivers informed of the road closures. If necessary, you can use a hanging pedestrian bridge across the river Chanti-Argun.

To the scene sent forces and means of the Ministry of roads of the region. Also involved the operational group of EMERCOM of Russia in the Chechen Republic. Currently clearing the highway.