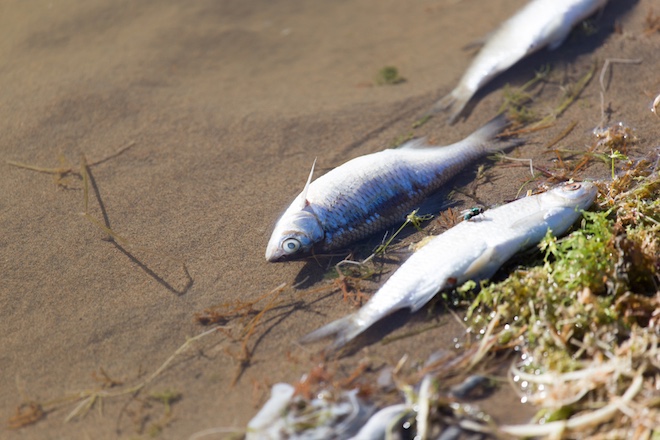 This reservoir is the source of drinking water for the residents of Nizhny Tagil. According to the environmental Prosecutor’s office, in the second half of August the water in the city started to go bad smell, was initiated to verify.

The Prosecutor’s office of the Sverdlovsk region reported that it is checking the fact of mass death of fish in Chernoistochinsk reservoir in Nizhny Tagil. Currently, the study of selected water samples.

Residents feared to use water for personal needs, including Laundry and washing. Earlier Rospotrebnadzor administration in the region recognized that the water in Chernoistochinsk reservoir is unfit for drinking.

To residents of certain areas with a population of about 150 thousand people were encouraged to buy water or collect it in artesian wells. According to the head of the press service of the Sverdlovsk Department of Rospotrebnadzor Natalia Lukyantseva, the heat has led to the fact that the river became shallow, began the decay of algae in the reservoir.

Environmentalists believe that the death of fish has led to the proliferation of blue-green algae and the toxins secreted by them, as well as the lack of oxygen in the water. Their rapid development of the cause of the waste products of human sewage from homes and cottages.

The algae also indicates a strong contamination of the water body. In June, the coordinating Council for the environmental Nizhny Tagil determined on Chernoistochinsk pond numerous violations of environmental safety.

Chernoistochinskoe reservoir — landscape reserve of the Sverdlovsk region, with recreational, cultural and Wellness meaning. It has an area of 28.2 sq. km, depth reaches 7 m.