In Chile, forecast an earthquake of magnitude 8.3 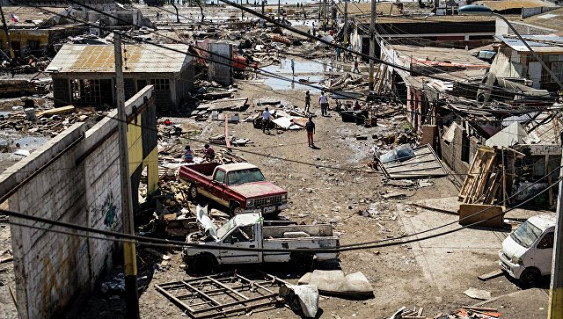 Santiago, the capital of Chile, can fall victim to a massive earthquake measuring 8.3 on MMS or higher in the near future, warn seismologists who published their forecasts in the journal Earth and Planetary Science Letters.

“The powerful mega-earthquakes in South America are one of the three consequences of the submersion of the oceanic plate of Nazca under the continent at a high speed, about 80 millimeters per year.” The second consequence of this dive is the compression of rocks and the growth of the Andes, and the third is the formation of the Pacific ridge of volcanoes. The most powerful earthquake In the history of mankind with a magnitude of 9.5 occurred in 1960 at 570 kilometers south of Santiago, “commented the geologist David Jacobson from the University of Canterbury in New Zealand.

Cordilleras are considered the longest mountain massif of the Earth, which stretches for 18 thousand kilometers in length, and 9-16 kilometers wide. They arose relatively recently – in the Jurassic period in North America and at the end of the Cretaceous – in the southern “half” of the New World as a result of the collision of oceanic and continental plates. While there is no generally accepted theory of their origin, scientists argue about the number of initial tectonic plates and the nature of their connection.

On the other hand, the consequences of this clash are perceptible for every inhabitant of South America. Every year there are strong earthquakes that occur as a result of accumulation of tectonic tension in those points where the plates “scratch” each other and its release in the form of powerful tremors.

Emile Klein of Strasbourg University (France) and his colleagues came to the conclusion that the next release of a huge portion of this energy could occur in the very near future in the vicinity of Santiago, the capital of Chile. Analyzing the consequences of the most powerful earthquake with a magnitude of 8.3 points on the MMS scale that occurred in the vicinity of the town of Ilyapel in September 2015, the scientists found an alarming pattern.

It turned out that in fact, in all regions in central Chile, large shocks occurred fairly regularly, with a frequency of about 60 to 80 years. For example, Ilyapel was already struck by the most powerful earthquakes with a magnitude of 8 or more in 1880 and 1943, and the regions to the south of this city were also subjected to powerful shocks with a similar frequency.

Such a rate of earthquakes, according to Klein and his colleagues, says that the Nazca plate plunges under South America not at such a high speed as measurements in other, relatively quiet regions show – 6.5 centimeters, not 8 centimeters per year . This means, in turn, that the rock movement is strongly “braked” by their friction, as a result of which the plate in the seismically dangerous regions “lags” every 70 years by about 4.5 meters from its other sites and makes up for this lag in the course of earthquakes.

The problem is that in the central part of this zone there is a section of about 300 kilometers in length, where such tremors have not occurred for more than a century, but relatively weak earthquakes of 6-7 points on the MMS scale occur virtually every month. Accordingly, there is a very real and non-zero danger that this voltage will be relieved in the near future. According to calculations of scientists, its strength will be at least 8.3 points on the MMS scale.

According to Jakobson, the push with a magnitude of 6.9 last week could be the first herald of such a catastrophe, but the probability of this is quite low, about 10%. In general, according to geologists, the probability of a powerful earthquake in the vicinity of Santiago this year is 2-3 times higher than the norm and is about 3%. If it happens, then its epicenter will be in Valparaiso, 100 kilometers from the capital of Chile.