In Chile, formed a dust storm of unusual origin 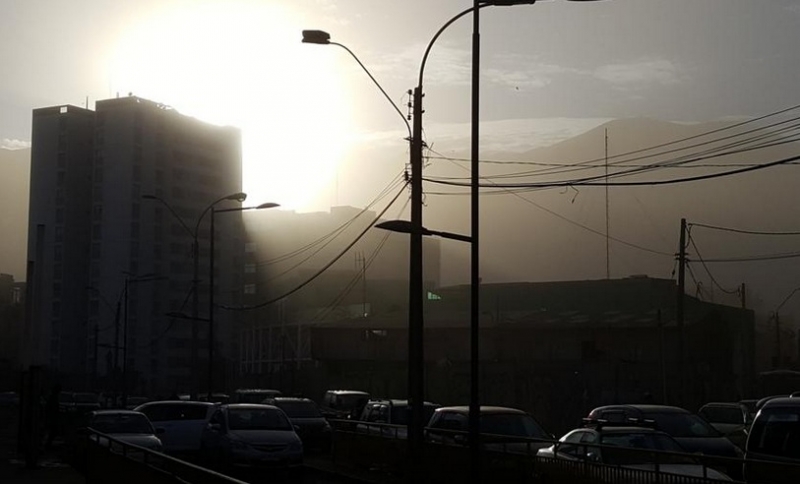 In the air off the coast of Chile recorded the strange dust. The natural color was taken by NASA satellites Terra with MODIS. As explained by scientists, it is unusual for the West coast of South America. The winds there do not contribute to the occurrence of major dust storms, such as those we see in North Africa or Asia.

The terrain prevents the formation of dust storms since the Andes mountains are along the West wing of South America and block the wind arising in the East. The mountain range extends over 7000 km from North to South and in some areas reaches more than 500 km in width. Generally, dust storms this time of year (the southern or Australian winter) are blowing in an easterly direction toward the Atlantic ocean.

According to the study, published in Reviews of Geophysics, the share of natural sources of dust emission accounts for about 75 %, while anthropogenic sources account for approximately 25 %. 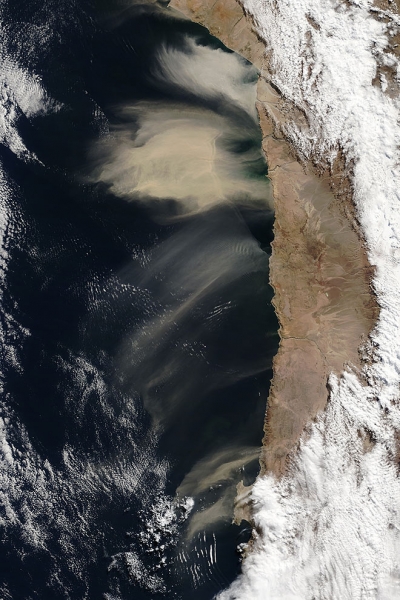 Judging by the picture, the dust source is located between the Andes and the Pacific ocean. It is a narrow strip of land rising from a vertical wall. The source of the dust may be on an elevated slope, due to which dust is easily raised and distributed over long distances. Also the dust could be caused by falling, or katabatic winds that blow down the slope. The term katabatic is derived from the Greek katabaino,” which means “to descend”. The winds are formed when air comes in contact with cold mountain. As a result, the density of the air increases and the flow coming down the slope. With increased their speed can develop hurricane-force winds.

Weather conditions, which on 8 July the dust flew up, also brought wind, rain and snow, which led to the closure of at least two airports. As shown by terrestrial photographs from the Meteorological centre of Iquique, the dust lowered visibility in nearby towns.