In Chile rescued a stranded whale 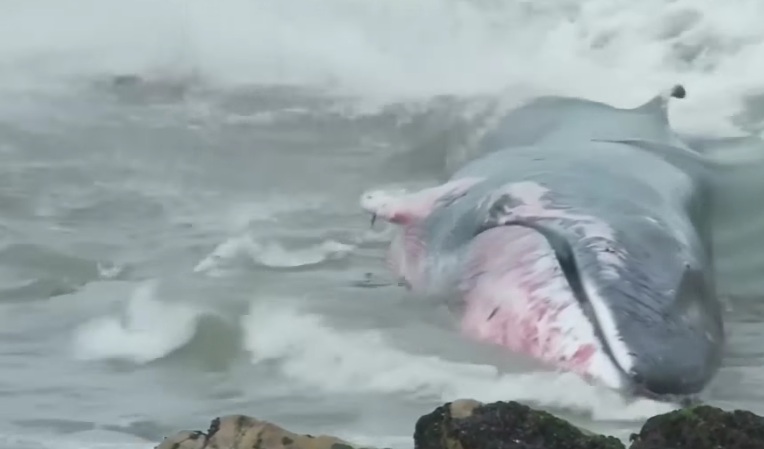 Small pinstripes in Chile was given a second chance at life. People gathered on the beach to rescue marine mammals stranded. In the end, fishermen and local residents of the port city of Arica were able to release the unfortunate whale in the sea.

“We helped Keith to give him a new life, as it was on this side. People from all ships in the area, collectors of shellfish, we worked together to save him,” said Rybak, who participated in the operation.

Jacqueline Alvarez, Director of regional Department of the National fishing service SERNAPESCA, estimated weight female kit 8 tons. “It was a minke whale, about 12 meters in length. I believe that he weighed 8 tons. Size can say that she was an adult. Have cityhi were superficial wounds due to the fact that she’s been here a long time,” said Alvarez.

Quickly find, fishermen and residents used ropes to pull the animal back to the majestic Pacific ocean.

“We tied it with ropes. It took some doing, but we were able to do this is to catch her out of the way, and as you can see, she is now in the sea,” said fisherman Alfredo Bustos.

Throwing on the shore of the minke whale — a rare event for Chile. Usually “whale season” in this South American country lasts from December to March. At this time, populations of mammals migrate to warmer latitudes where they mate and produce offspring, to the South of Chile.