In China, came down a lava-like landslide 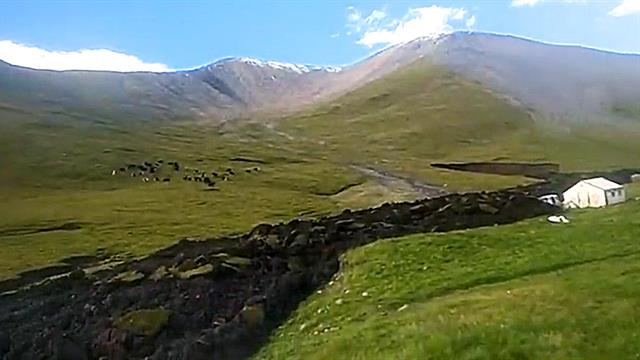 Landslides are a fairly frequent geological phenomenon on our planet. They can occur due to downpours, seismic activity and some other processes. As a rule, rocks descend from the slope very rapidly, sweeping away everything in its path. But recently in the Tibetan Plateau was noticed a landslide, which slowly crawled along the valley, like volcanic lava.

The video was shot last Thursday, September 7th. One house and an infield were completely destroyed by the flood, but fortunately, no one was hurt.

According to scientists, this unusual landslide is the result of the melting of permafrost, which is increasingly exposed to global warming. In cold regions, it holds the upper layer of the soil, and its melting makes the land in the mountains mobile. However, unlike showers and earthquakes, this process is slow.

According to experts’ forecasts, by the middle of the current century, up to 35% of permafrost, which occupies 24% of the land, can melt in the Northern Hemisphere. Consequently, similar landslides can “become a habit”.