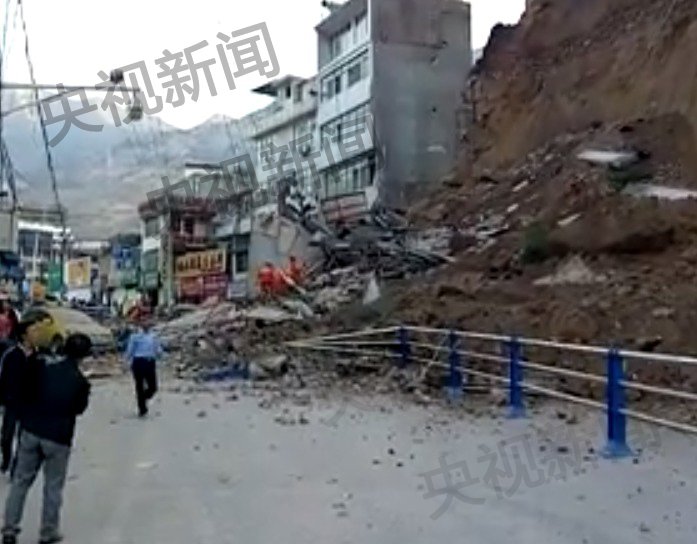 Two buildings collapsed early in the morning of 2 October in the Chinese province of Gansu Wudu district Longnan city. The height of one of the collapsed buildings were seven floors and the second four.

The scene cordoned off by police, fire and emergency services. The authorities establish the possibility of finding people in collapsed buildings: according to them, the seven-story building housed the hotel.

The cause of the collapse, according to preliminary information, was the collapse of the rock embankment, next to which was built both buildings. When it rains in this area.