In China, due to heat occurred, the car spontaneous combustion 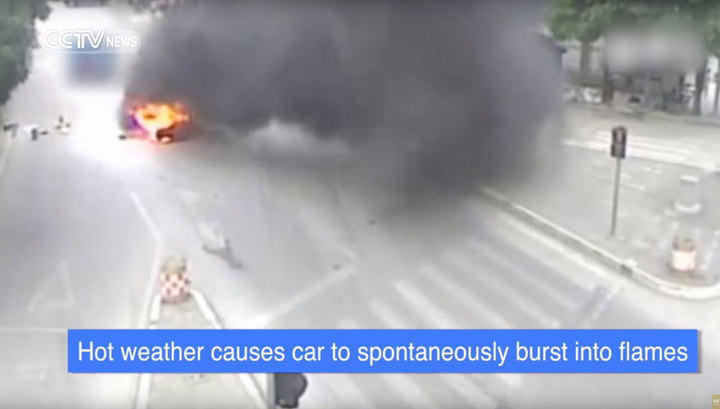 A terrible incident occurred in the Guangxi Zhuang Autonomous region of China. Traveling on the highway the car suddenly broke out due to the heat. At this moment in salon of the car there were three persons. Fortunately, none of them was hurt, but the vehicle was destroyed by fire.

Published below footage shows that the car caught fire without any objective reasons. At the scene were immediately called firefighters who were able to quickly extinguish the flames. People got out of the car, but the vehicle itself cannot be repaired.

Later, the police found that because of the intense heat the car engine heated up more than usual and broke. It turned out that before the time of the fire the car was in transit for several hours.