In China, four bear attacked the car with people 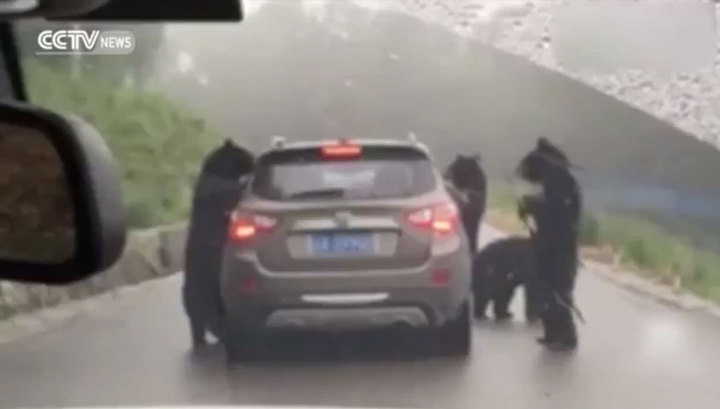 In China from four bears attacked the SUV, while one of them stood on his hind legs, and the second at this time began to actively shake the car.The other two examined the car from the side and front.

The incident occurred near the city of Chongqing. No injuries were reported. Presumably, wild animals were hoping to find in the car food.