In China passenger aircraft was hit by heavy hail 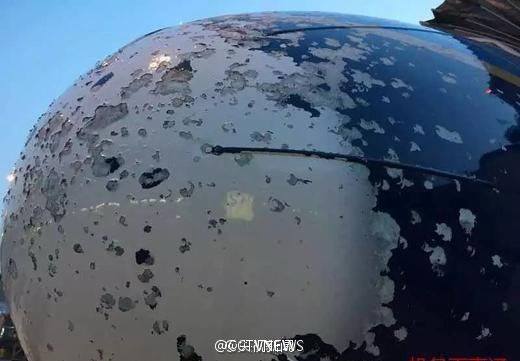 An airliner of China Southern Airlines came under heavy hail during flight in China, after receiving significant damage to the nose of the plane. 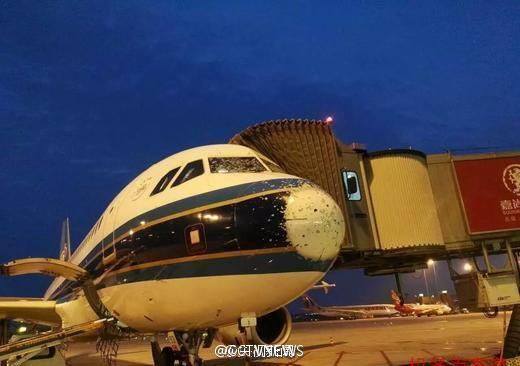 The incident occurred on Saturday evening when the flight CZ3483 followed from Guangzhou to Chengdu and caught in a storm. According to the channel, after the incident, the plane was able to land safely in Chengdu, anybody from passengers and members of crew has not suffered. 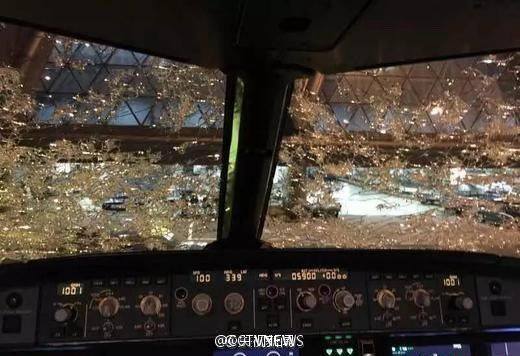 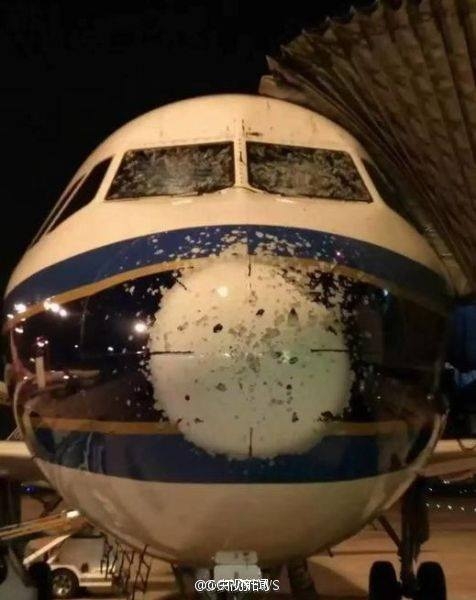 The photos show that hail has seriously damaged the nose cone of the aircraft, leaving many traces on the outer casing. Also seriously damaged was the windshield of the plane, which left numerous traces of deg.