In China, the bus by a miracle did not fail underground 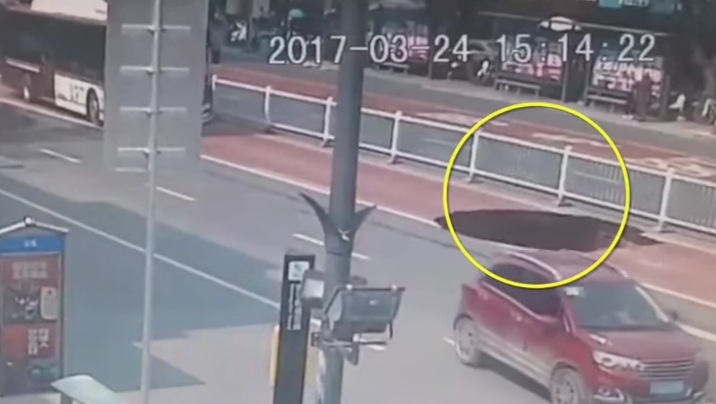 In the city of Nanning in the Guangxi Zhuang Autonomous Region of China, the bus driver narrowly escaped a terrible accident, when the failure of the ground along the road ahead of him along the path of his movement.

The first bus managed to pass a dangerous place before the collapse, and the driver of the second managed to slow down in time.