In Colombia intensified the volcano Ruiz 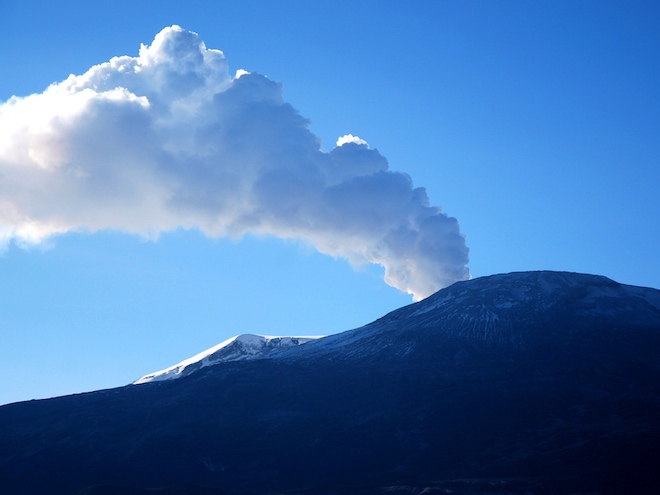 Colombian volcano Ruiz in Colombia emits smoke. In addition, in the vicinity of the volcano has increased seismic activity.

Over the past two weeks, gas-and-ash emissions rose to a height of 7 kilometers. Volcanologists are concerned about the increased activity and remind you that in 1985, the eruption of this volcano triggered a mud flow lahar, which completely buried the city of Armero, 25 thousand of its inhabitants perished. Now at risk of vanishing of the lahars on the slopes of the volcano are home to more than 500 thousand people.