In Colombia, the volcano Galeras wakes up 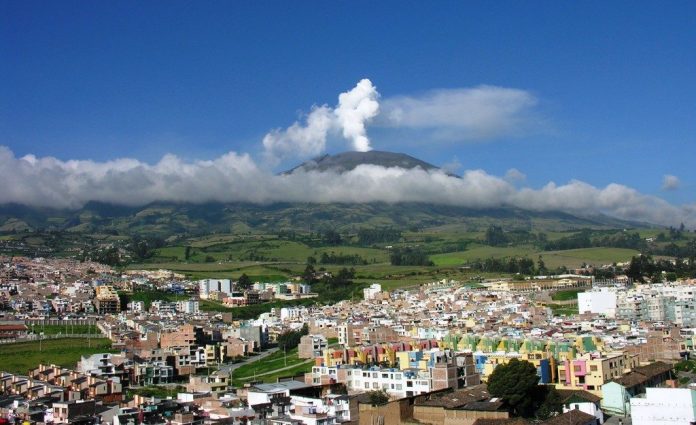 Volcanic earthquakes killed 2 people and caused damage to dozens of buildings and roads. After a strong earthquake, more than 550 aftershocks

The volcano Galeras in southern Colombia has intensified and resulted in several tremors and hundreds of aftershocks. The authorities announced a high alert regime and activated all protocols in the event of an emergency. Galeras is the largest volcano in Colombia. The last eruption of the Colombian volcano was in January 2010, when about 8,000 people were evacuated.

Epicenters of volcanic earthquakes were located near the town of Pasto, the capital of the Narin province. According to the USGS, the first earthquake, M4.9 at a depth of 30 km, occurred at 4:35 am local time. Seismic waves were strongly felt in various areas around the volcano. A minute later, the second earthquake M4.3 again at a depth of 30 km.

Volcanologists believe that this swarm of earthquakes is the prelude to a major volcanic eruption.