In Egypt, an earthquake of magnitude 5.0 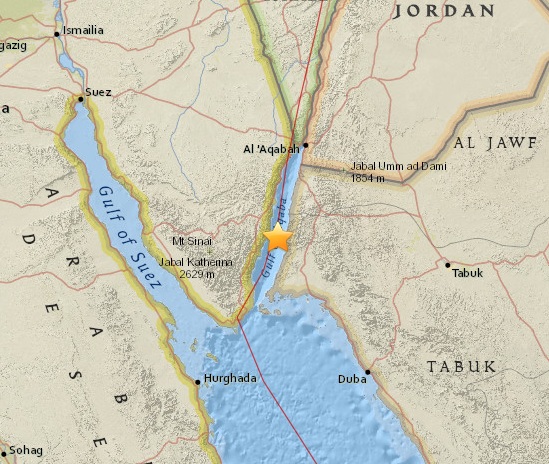 An earthquake of magnitude 5.0 occurred in the Gulf of Aqaba of the red the sea near the resort of Dahab. The epicenter was in 25 kilometers to the North-East from Dahab city and 97 km North-East from the Sharm El-Sheikh, the focus lies at a depth of 10 kilometers.

Residents of the capital of Egypt Cairo and many provinces of the country felt the quake, which occurred in the Red sea. The earthquake also felt the inhabitants of many cities of Egypt and even the Gaza strip.