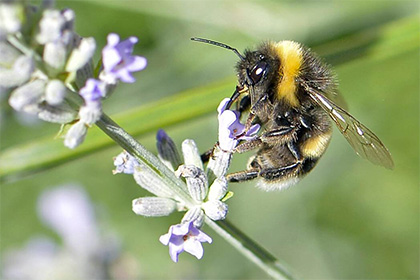 British scientists have called the main cause of decline of wild bees in the country. Reason for the decline in the number of scientists described the impact of insect neonicotinoids — insecticides which are processed rape seeds before planting them.

The use of drugs, according to scientists, leads to a decrease in population up to three times. To such conclusions experts have come, having seen the changes in the number of 62 species of wild bees in the period of 1994-2011 years. It was during this period began a large-scale commercial introduction of neonicotinoids into the fields of the country. In addition to insecticides, the abundance of bees also have an impact, according to scientists, pathogens, global warming and loss of natural habitat.

Earlier in the destruction of bee colonies in the United States accused insects from Europe. The main reason for the spread of the pandemic among the bees scientists named world trade in insects leading to the spread of the mite parasite Varroa destructor.