In Ethiopia, the eruption of the Etna volcano occurred in Sicily 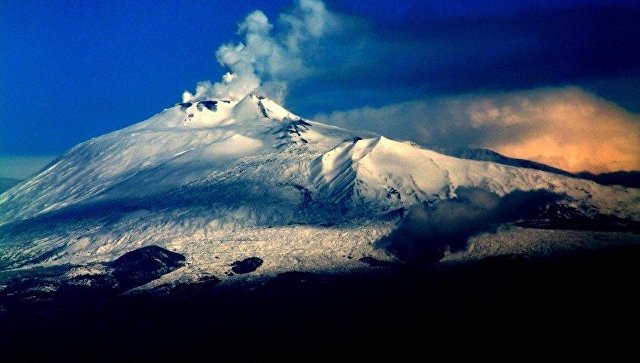 Specialists of the National Institute of Geophysics and Volcanology of Italy (Ingv) recorded a new eruption of the volcano Etna, which woke up on February 28.

Over the past day, volcanologists have registered an apparent increase in activity of the famous volcano, located on the east coast of the Italian island of Sicily near the city of Catania. It is an eruption from the so-called “new crater”, located in the upper part of the southeastern slope of Etna.

With the help of a special thermal chamber installed in Montagnola at an altitude of 2.6 thousand meters above sea level, Ingv scientists fixed and posted on the Internet images of powerful fountains of hot lava and ash emitted from the crater.

Nevertheless, according to experts, the current eruption of Etna does not pose a threat to either people or material objects. Fontanarossa International Airport near Catania, whose work is seriously hampered by powerful volcanic ash emissions during the eruptions of Etna, is currently operating in normal mode.

Etna is the highest active volcano in Europe, in June 2013 it was listed as a UNESCO World Heritage Site.