In Europe the supervolcano which has ruined Neanderthal men wakens 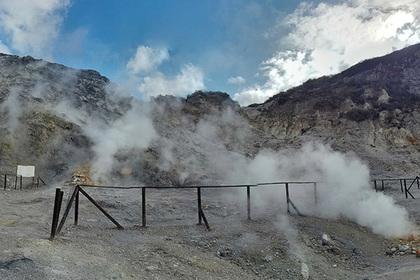 The Italian and French geophysics showed that pressure of gases under Flegreysky fields approaches critical level. It means that near Naples (Italy) there can be an eruption of a supervolcano which probably caused about 40 thousand years ago extinction of Neanderthal men. The research devoted to it is published in Nature log.

Since 1950 Flegreysky fields show the increasing activity. For the last 15 years scientists watched increase in frequency of the events connected to a raising, heating up and burst of the gases hidden under a caldera — the hollow which remained after a collapse and an erosion of walls of a volcano.

Computer simulation allowed to conclude that pressure of gases in magma under the dozing supervolcano approaches the critical value. Authors of a research don’t designate specific periods of awakening of a volcano.

The largest of years which were thrown up in the last 200 thousand in Europe a volcano was at the place of Flegreysky fields. According to a popular hypothesis, the eruption which happened 39 thousand years ago could provoke extinction of Neanderthal men.