In Europe there is a dangerous virus which has no vaccine 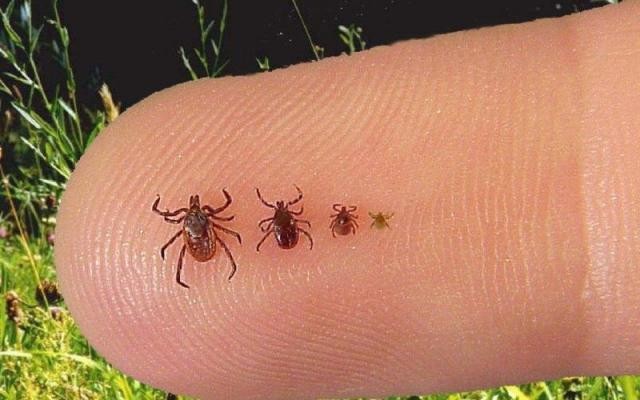 Crimean-Congo hemorrhagic fever (CCHF) is a viral disease transmitted to people through ticks and animals. According to the world health organization, in severe outbreaks of the disease, the mortality rate reaches 40 percent.

Threat is that the virus is transmitted to people primarily from ticks and livestock and the transmission of infection from person to person occurs through contact with blood or secretions from infected persons.

While there is no vaccine available for either people or animals.

Once in Spain, the man died from the disease in Europe began to spread panic.

Spanish newspaper El Espanol reported the case in yesterday’s issue after the Ministry of health has published a report about dangerous virus. The publication claims that the appearance of the report associated with the detection of “HIV-infected ticks in the province of cáceres in Extremadura in the West of Spain.

The deceased 62-year-old man had contracted a fever while walking in the area of Castilla-Leon.

This is the first case of this disease in Western Europe from nezavisni infection. It is believed that the infection came from a tick bite.

The Ministry of health report notes: “Given the repeated detection of virus in 2010 in ticks sampled in the region of Extremadura, and the cases of infection in humans in September 2016 after a tick bite and the second case of infection with the nurse following close contact with the first patient in Madrid, you must re-assess the risks of the spread of this disease in our country, which was last determined in 2011.”

The Spanish health authorities do not exclude the possibility of new cases of CCHF.

CCHF is endemic in Africa, the Balkans, the middle East and Asian countries South of the 50th parallel — the geographical boundaries of distribution of the tick.

In October 2012 the Royal Free hospital in London man died after infection with CCHF during a trip to Afghanistan.

According to the Agency for the protection of the health, it was the first laboratory-confirmed case of CCHF in the UK.

Then a representative of the Foundation Royal Free London NHS Foundation Trust, said: “Crimean-Congo hemorrhagic fever can be transmitted from an infected patient only through direct contact with his blood or other body fluids, therefore there is no risk for the spread of the disease”.
Signs and symptoms of CCHF

The primary symptoms is headache, high fever, back pain and joint pain, abdominal pain and vomiting. Other symptoms may include flushed face, red eyes, red throat and red spots on the sky.

Symptoms may include the appearance of jaundice, and in severe cases changes in mood and sensory perception.

As the progression of the disease approximately on the fourth day, the bruising covered large areas of the body, there is bleeding from the nose and uncontrollable bleeding at the injection site that continued for about two weeks.