In Florida, a huge karstic funnel 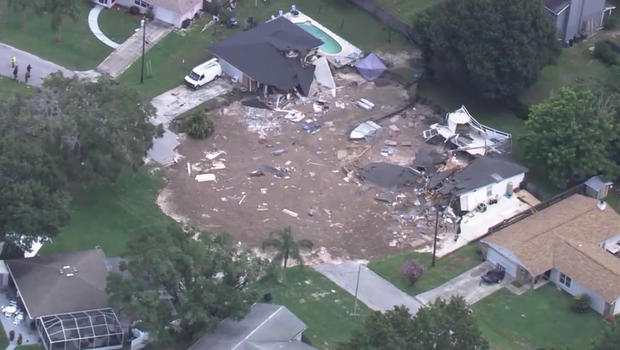 In the US state of Florida, several houses in the city of Lend-o-Lakes were destroyed by a giant funnel up to 80-meter.

According to local residents, the crater appeared on July 14. Two houses fell through it, fortunately there were no victims. Rescuers decided to evacuate the residents of nearby houses, and not for nothing, because on the eve of the natural anomaly destroyed two more buildings.

It is noted that the depth of the funnel reaches 19 meters, and it continues to grow. On-site geologists work. Local authorities warned city residents that the hole could increase even more.