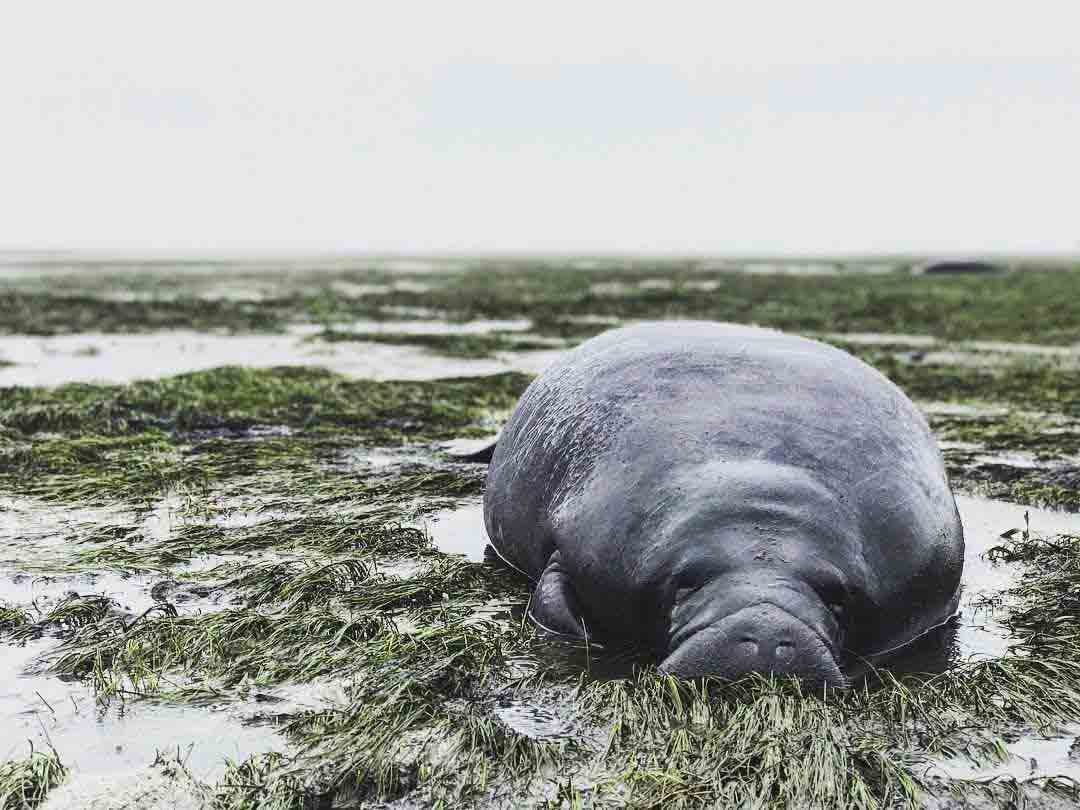 Two manatees were in a rather difficult situation due to the hurricane “Irma”, due to which there was an outflow from the Bay of Sarasota Bay, Sarasota County, Florida, USA

Several people posted photos of mammals lying on the sea grass, which they usually eat, hoping that the rescuers will see them and be able to help.
Michael Sechler said that the animals were too massive to help them, so they only tried to save them by giving water.

Michael Sechler wrote that a group of people eventually loaded manatees, and transported them to deeper waters.