In Georgia there was a hurricane with rain 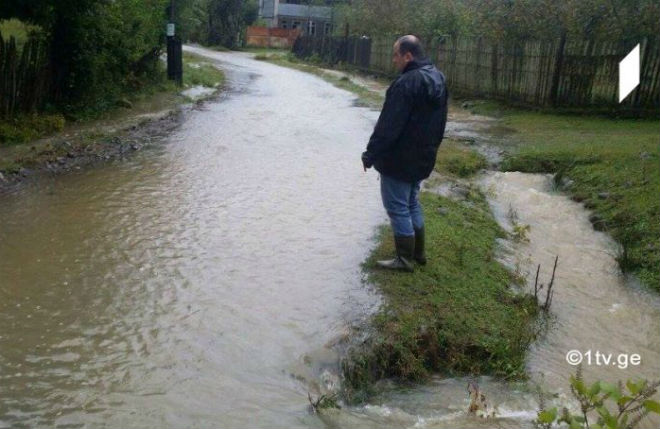 Hurricane wind and heavy rains caused serious problems in Georgia. Landslides descended in the highlands, a storm arose on the Black Sea coast.

The whole country was in the grip of the weather. The city of Kutaisi was badly damaged by heavy rains, where rescuers received about 300 messages from local residents asking for help. The river Ogaskura, which left the banks, flooded the western part of the city, including the territory adjacent to the building of the Georgian parliament. Flooded houses, schools and hospitals. Rescuers began to eliminate the consequences of bad weather.

As a result of torrential rains, residential buildings, basements, streets and roads in some parts of the Guria region were flooded.

In the High Adzharia and Kobuleti, heavy rains and wind caused the landslides to descend. In some areas, a hurricane wind damaged the roofs of the houses. A number of settlements remained without electricity, in some places water supply is limited.

The amount of damage is still unknown.