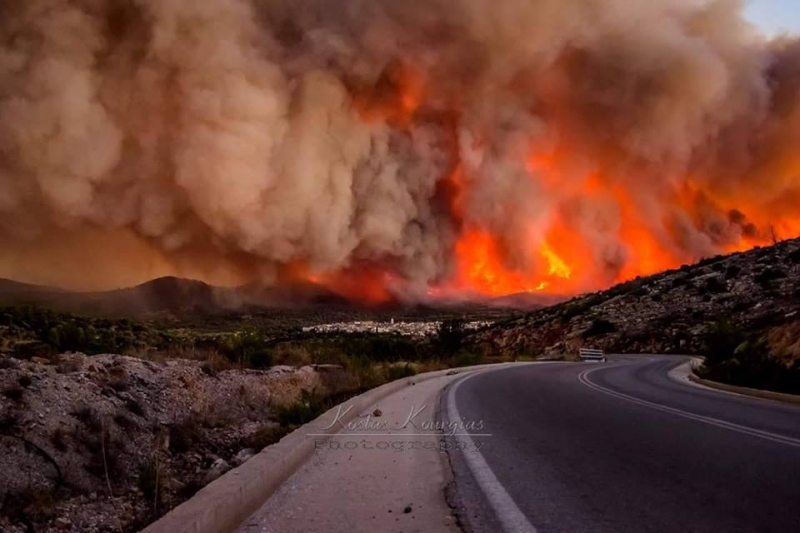 Tough fight with fire in the South of the island are terrestrial and air force fire protection. However, the strong wind raging in the area, greatly complicates the task of firefighters.

The almost complete destruction of green space valuable trees mastiha happened in the South of Chios near the villages of Elata, vessa, Lifi.

According to the statement of the President of the Association of producers Mastiha Chios, the destruction of trees in these villages is over 90%. Significant damage to Olympus, Places, as well as in the area between vessa and Agios Georgios Sikousi.

According to the mayor of Chios, the raging fire crept close to the homes of residents of the village of Elata. Some people left home because of the smoke. The region of the North Aegean sea intends to declare Chios area, “emergency”, and in particular the municipalities Lithium, Vessa, Elata, Mesta, Olimpi, Pyrgi .

Air force fire protection has involved 4 aircraft and 6 helicopters. At the same time with them: 16 vehicles with 38 firefighters, as well as 33 soldier infantry and 21 military truck amphibious. In addition, it help departed from Athens, Thessaly and Central Macedonia 21 vehicle with 50 firefighters.