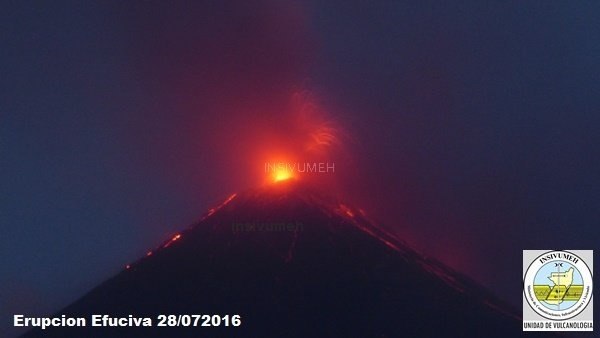 Gradually over the last week, the volcano’s activity increased, new 12th paroxysm began yesterday morning and seems to have reached its peak. Strombolian-type explosions and pulsating lava fountains eject glowing red-hot jets of up to 400 m and more, producing abundant avalanches on the upper cone of the giant.

The eruption of Fuego is accompanied by shock waves that can be felt for distances up to 15 km, and Two streams of lava, each with a length of about 2 km down into the ravines of Las Lajas and Santa Teresa in the South-Eastern slope of the lush mountains.