In Guatemala there was a mudslide 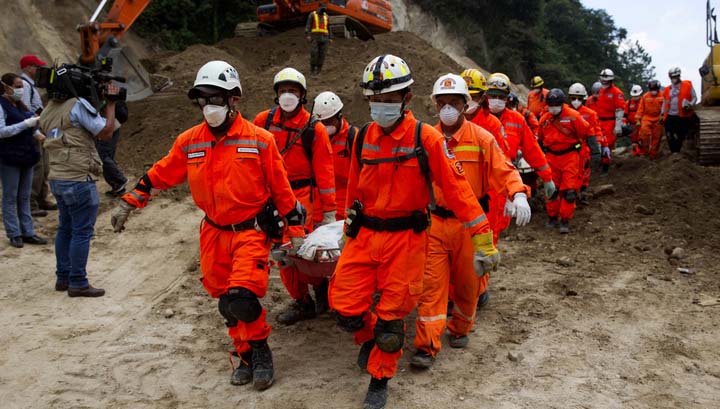 Nine people were killed and four were injured in the landslide in the municipality of Villa Nueva, South of the capital of Guatemala. About it journalists were reported on Wednesday a representative of the National coordination centre for the prevention and elimination of consequences of natural disasters (CONRED in Spanish) David de Leon.

To date, disaster victims were two children. Rescuers are continuing the search for eight-year-old boy who went missing after a landslide.

According to authorities, the victims were in the house, which due to a landslide caused by heavy rains, fell down the concrete wall and the van. Several buildings were destroyed. Rescuers evacuated around 30 families.