In Hawaii, a blue fire bursts out from under the earth 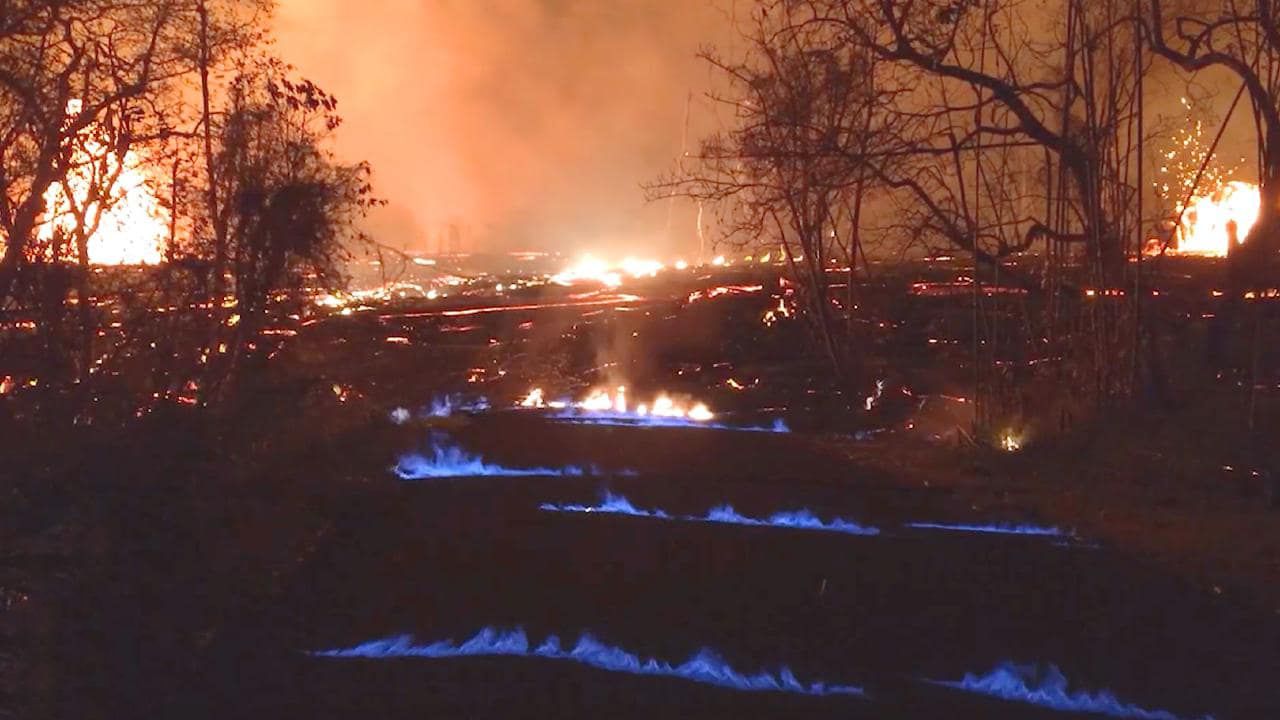 The eruption of the Kilauea volcano in the Hawaiian Islands began on May 4. Since that moment, lava flows destroyed about 40 buildings, including 20 houses. On the surface of the earth formed 23 cracks, from which flows lava. Its current reached the southern coast of the island, passing 24 kilometers.

On the territory exposed to the cataclysm, noticed an unusual blue flame, escaping straight from under the ground. Scientists have explained its origin.

According to them, the fire was formed due to methane – a colorless gas, the appearance of which provoked lava. When its streams clouded the trees and other plants, the methane released during the combustion process fell underground. Constantly aspiring to the surface, he escaped in places of faults, where he immediately ignited

Local authorities are concerned that gas can accumulate underground. Its location can not be determined. If in some area the concentration becomes critical, an explosion will occur and people may die.

While only one person was injured from the eruption, the man was on the balcony when hot lava hit him. He was hospitalized with burns of the lower leg and feet.