In Iceland may explode just four of the volcano 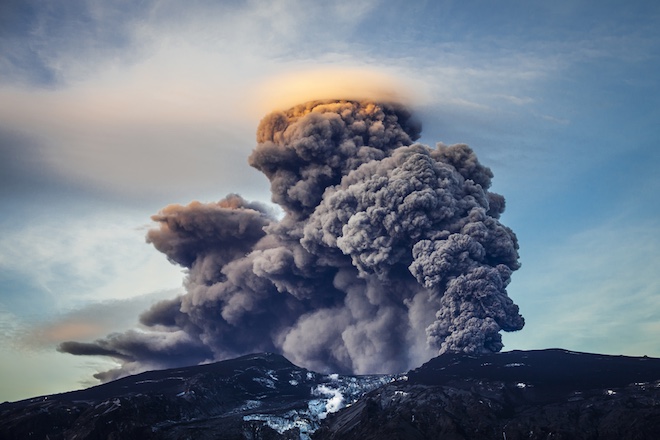 Iceland is famous for its numerous volcanoes. In the country of their 130 — there are active and inactive. Recent data reported that the four largest volcano of Iceland may explode in the near future.

The eruption of the volcano Eyjafjallajökull in 2010 caused great damage to the European economy. A huge number of flights were cancelled, which affected more than 10 million passengers. Financial losses amounted to $ 4.9 billion.

Going to explode four of the volcano, namely Katla, Hekla, Bárðarbunga and Grimsvotn. Experts say that the eruption of any of the Icelandic giants will cause havoc in the airspace around the world and will affect the economy of the country. Each of these volcanoes to start erupting in the next few years.

Bardarbunga, which awoke to life recently, behaves the same as before the eruption in 2014-2015. Katla demonstrates the creeps and pours a small lava flows. Grimsvotn, which is near Bardarbunga, last erupted in 2011. There is fixed constant seismic activity, which is natural because the source of magma is the same as Bardarbunga.

The last eruption of Hekla occurred in 2000. Data show that the eruption of the volcano occur every 10 years. It turns out that Hekla is overdue by 7 years and the next eruption will be catastrophic.