Due to the floods in Illinois (USA), 6,8 thousand houses were affected. 2,1 thousand of them are flooded with water.

The state authorities believe that the number of houses, which went into the water, will increase to 5.8 thousand.

Three districts of Illinois are declared zones of natural disaster. Governor Bruce Reiner is ready to provide the affected regions with any support. The head of state does not exclude that people living along the Des Plaines and Fox rivers will have to leave their homes, as the rivers continue to rise. 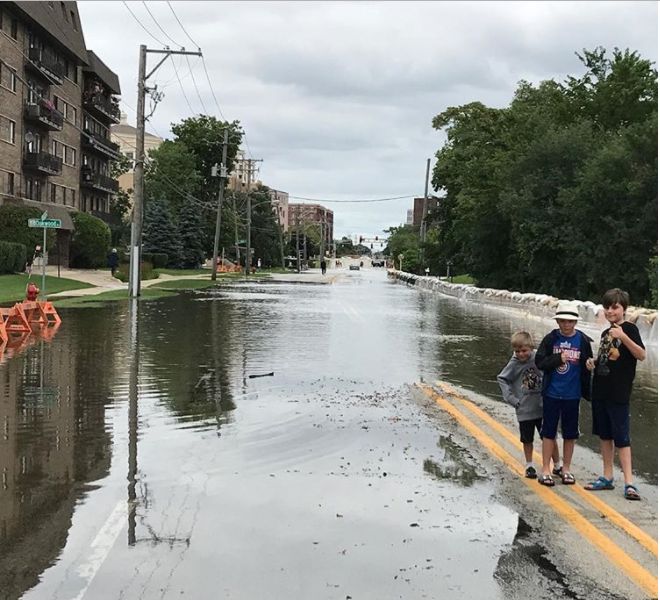 The disaster began with the strongest rainy rains, which were loaded on Wednesday, July 12. The result was a power outage, overlapping road sections and a massive flood north of Chicago. Because of the bad weather had to evacuate staff and patients from the hospital in the vicinity of Chicago.

In Wisconsin, which borders on Illinois, a state of emergency has been imposed in the three districts.