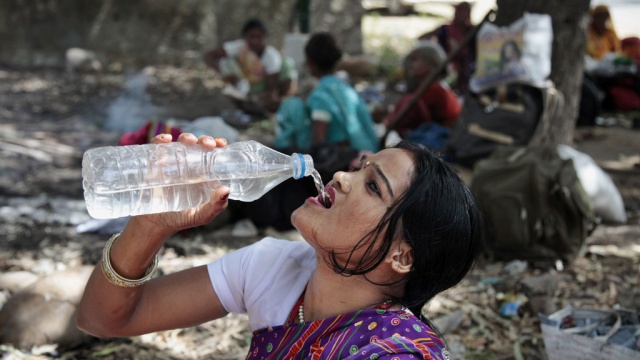 More than 500 people were victims of the heat wave in India in the last three weeks. This was announced by the State Department for elimination of consequences of natural disasters of the country.

Sizzling heat is on most of the territory of India. From a shortage of drinking water, the population suffers in 256 districts, home to over 330 million people.

“The most acute situation in the southern States of Odisha, Telangana and Andhra Pradesh, where over the last two weeks have killed at least 500 people”, – stated in the summary. In Adichie have repeatedly pointed out the highest peak temperature in the country, which reached 48 degrees Celsius.

In Odisha from the effects of a heat stroke and died 198 people in neighbouring West Bengal, the number of victims has exceeded 260, Andhra Pradesh – more than 70, while scientists warn that in the coming days of cold weather is not expected.

“This summer will be the hottest in the last 100 years, and the maximum temperature in the South can exceed 48 degrees” – according to the meteorological service of India.

Last year, the victims of the heatwave were more than 2000 people. This year, in an effort to prevent large loss of life, authorities announced in the hottest regions a state of emergency. The population is recommended not to leave their homes in the midst of the heat with 11 to 13 hours of the day without a pressing need, quickly unfold the points of free distribution of drinking water and whey.