In India because of the extreme heat melt the road 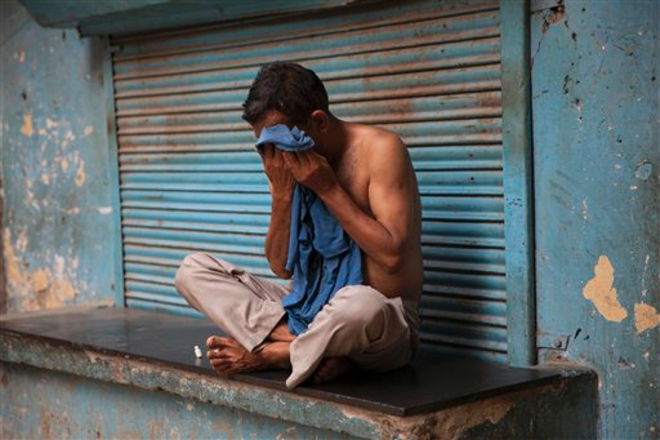 In India’s ongoing heat wave, which set a new record for highest temperature for all history of meteorological observations in the country. The heat melts the asphalt on the roads some of the most vibrant cities of India.

The residents of Valsad, Gujarat, had to contend with the melted resin while crossing the roads, as the temperature rose to +36 °C.

Abandoned sandals are scattered on the adhesive of the roadway, the woman falls trying to move a heavy bag on the way. Air temperature in some parts of Western India exceeded +50 °C, the historic record heat was installed in phalodi in Western Rajasthan at the level of +51 °C.

Hundreds of people were killed when the crops withered in the fields more than in 13 Indian States, forcing tens of thousands of small farmers to abandon their land and move to cities. Others have committed suicide to avoid going to live in the urban slums of the cities. Rivers, lakes and dams have dried up in many parts of the Western States of Rajasthan, Maharashtra and Gujarat.

May and June typically are the hottest months in India. The air temperature regularly exceeds +40 °C in anticipation of the monsoon rains, but the severity of the heat this year was unprecedented.