In India because of water scarcity in two States, riots broke out 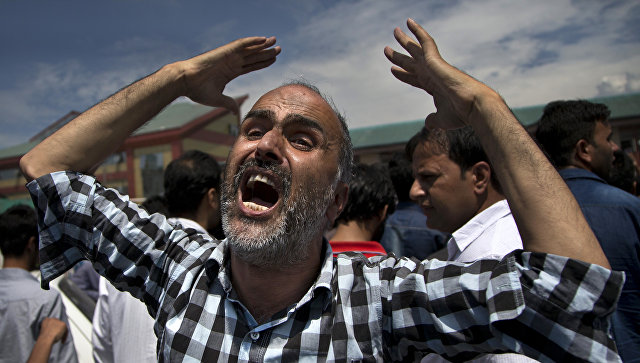 Mass protests began in several cities of the Indian state of Karnataka because of the decision of the Supreme court, which ordered the local authorities to discharge more water from the reservoirs of the Cauvery river to replenish the water resources in neighbouring Tamil Nadu. Residents of the two States believe that the established in 2013, the Central government norms for the distribution of water resources do not meet their needs.

At least one person was killed and another one wounded in India during the riots against the background of water scarcity in Bangalore city in Karnataka.

In several cities of Karnataka, including the capital, Bangalore, started a riot. Protesters set fire to cars and buses, throwing stones at people. 15 policemen were injured.

Riots over water dispute between the two States breaks out not for the first time and stretching back to colonial times. The conflict escalates regularly, especially in dry years. In the last three years the monsoon seasons in India was not rainy, which led to the deterioration of the situation in the agricultural sector and rising food prices.

This year it was expected that the precipitation is above normal, but at the moment, when the monsoon season has ended in most parts of the country, precipitation was 5% below normal.